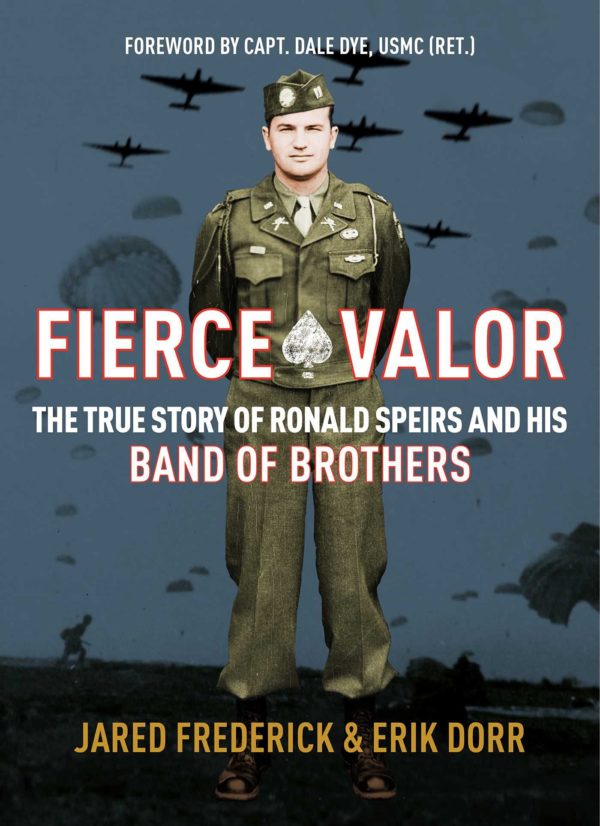 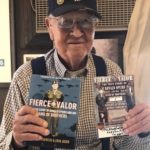 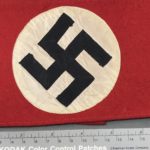 His comrades called him “Killer.” Of the elite paratroopers who served in the venerated “Band of Brothers” during the Second World War, none were more enigmatic than Ronald Speirs. Rumored to have gunned down enemy prisoners and even one of his own disobedient sergeants, Speirs became a foxhole legend among his troops. But who was the real Lieutenant Speirs?

In Fierce Valor, historians Jared Frederick and Erik Dorr unveil the fuller story of Easy Company’s longest-serving commander. Tested by trials of extreme training, military rivalry, and lost love, Speirs’s international odyssey begins as an immigrant child in Prohibition-era Boston and continues through the bloody campaigns of France, Holland, and Germany. But 1945 did not mark an end to Speirs’s military adventures. Uncovered by sharp scholarship, his lesser-known exploits in Korea, the Cold War, and embattled Laos also come to light for the first time.

Packed with groundbreaking research, Fierce Valor unveils a compelling portrait of an officer defined by boldness on the battlefield and the inherent costs of war. His story serves as a telling reminder that few soldiers escape the power of their own pasts.

Fans of Stephen E. Ambrose’s Band of Brothers will be drawn to this complex portrait of the controversial Ronald Speirs, an iconic commander of Easy Company during World War II, whose ferocious courage in three foreign conflicts was matched by his devotion to duty and the bittersweet passions of wartime romance.

Foreword by Captain Dale Dye who played Col. Sink In “Band Of Brothers”

From The Authors Of “Hang Tough”

Erik Dorr is the owner of the Gettysburg Museum of History, which houses the largest collection of Easy Company WWII artifacts in the world. The co-author of Hang Tough, Dorr has appeared on the History Channel, Syfy, the Travel Channel, C-SPAN, the Smithsonian Channel, and YouTube’s The History Underground

Jared Frederick is the author of numerous books, including Hang Tough and Dispatches of D-Day. He has appeared on PBS, C-SPAN, and Turner Classic Movies. A former park ranger at Gettysburg National Military Park, Frederick is the host of Reel History on YouTube and currently serves as an Instructor of History at Penn State Altoona. Visit jaredfrederick.com to learn more.

Fierce Valor is richly illustrated with of 60 photograph many in color and many published for the first time based on the Ronald Speirs Collection at The Gettysburg Museum Of History that houses the largest “Band Of Brothers” Easy Company collection in the World.

This offering is for the book only signed by Erik Dorr

Special Editions are a here: available elsewhere on this web site.

Check Out The Book Trailer 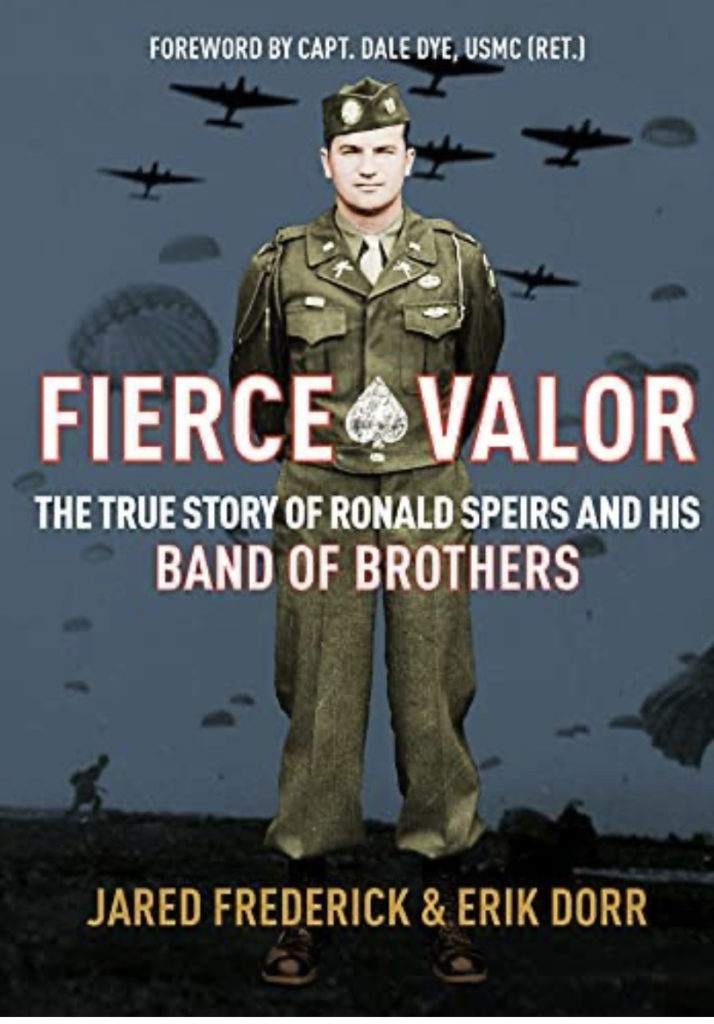 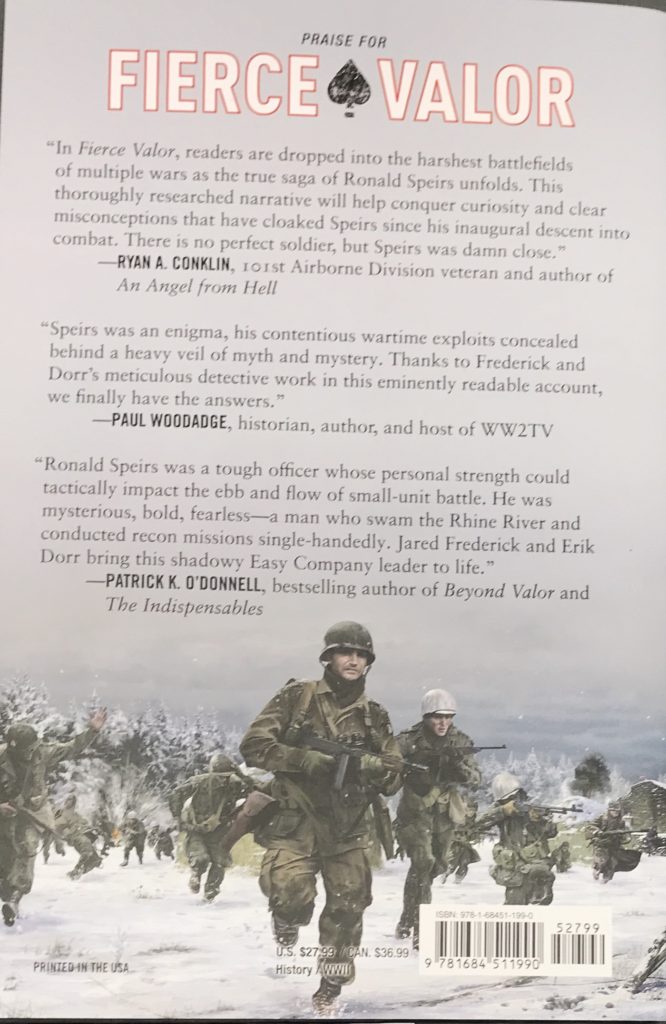 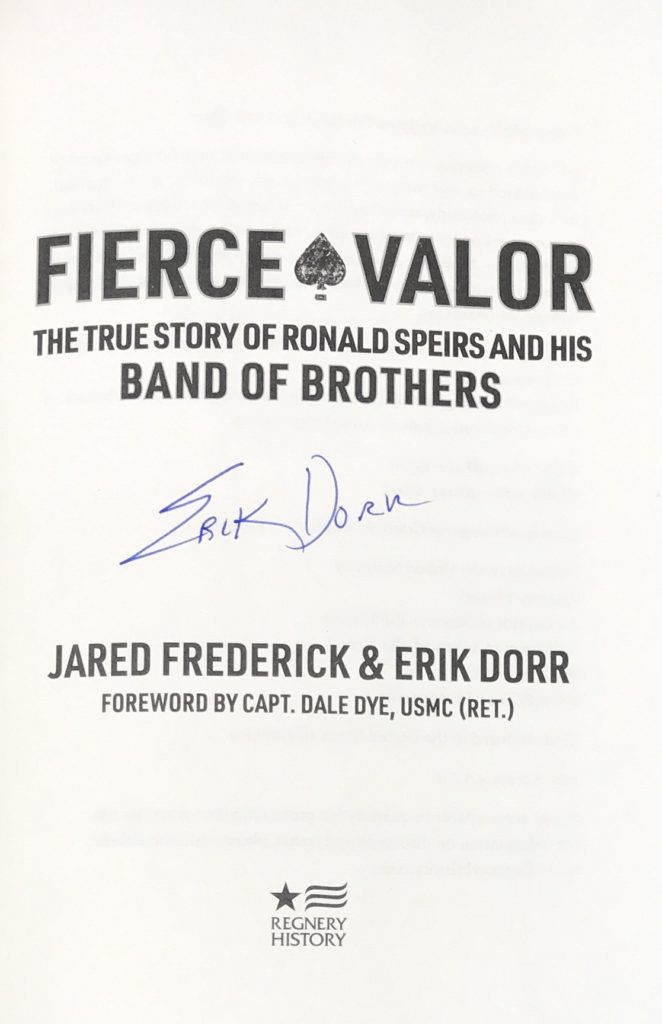 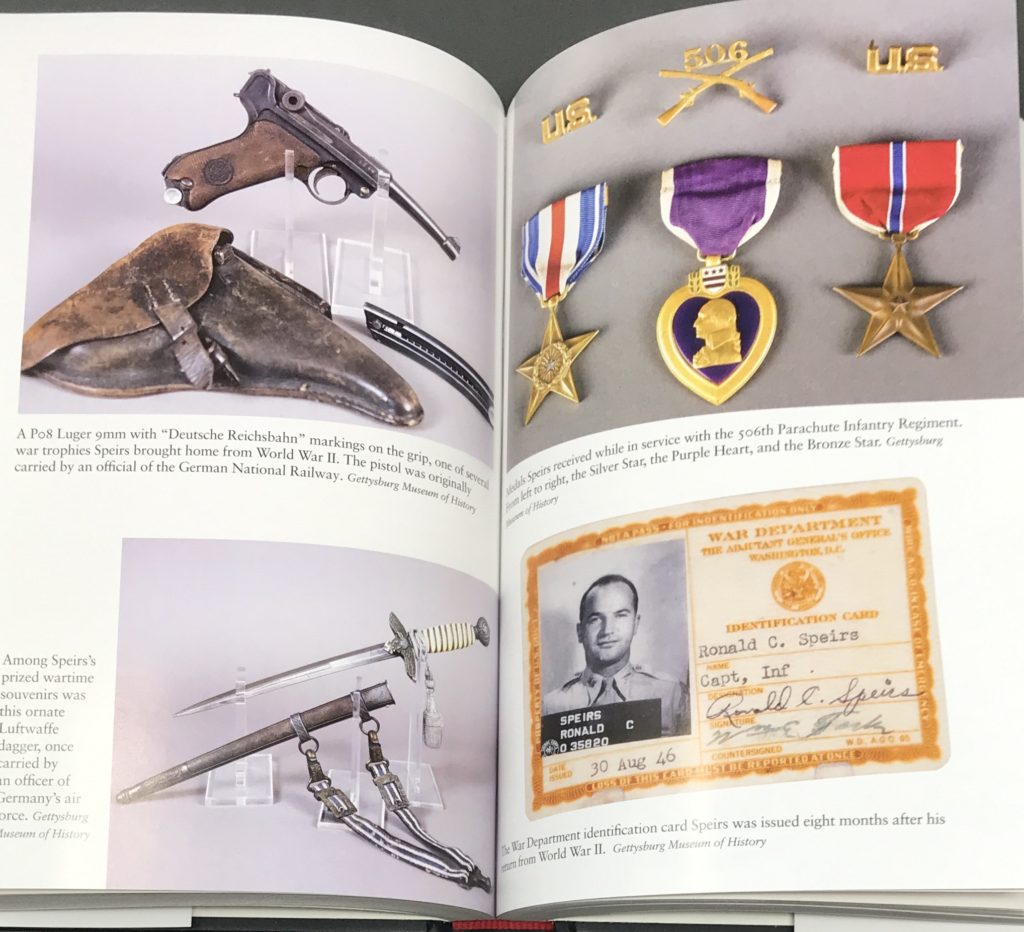 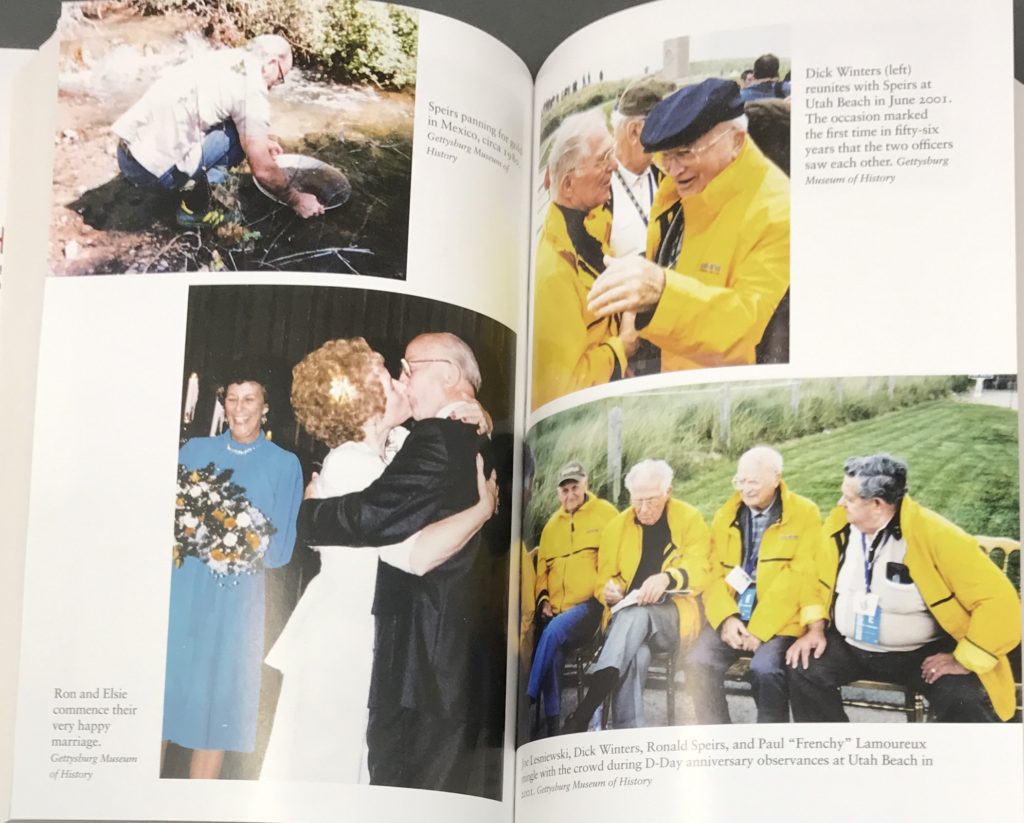